Home Blog A Blast From The Past

A Blast From The Past

At a recent Knit and Natter evening one of the lovely ladies brought along a book for us all to look at. The title of the book is “Knitted garments for all the family” and it is written by Dorothy M Beckett and was published by Odhams Press circa 1944. To say we all got a fit of the giggles is a bit of an understatement but the thought of knitted swimwear and underwear was the cause of much hilarity!!. Posted by Joanne

There is a note with some of the swimwear patterns that reads : “When knitting swimwear grip the wool fairly tightly as you work to take out most of the elasticity and therefore avoid the fatal ‘drop’ when entering the water” – Fair warning indeed!!!

On closer inspection of the patterns though it was interesting to compare how they are written with todays patterns. The first thing I noticed was the lack of different sizes, for the most part the instructions give one set of final measurements so I suppose the knitter either only chose patterns for their own size or was proficient at grading to be able to make a fitted garment. Many of the patterns seem to have more shaping in the body than a lot of garments we see today, several of the tops and jumpers had increases at both sides of the front and back and are almost V shaped when photographed flat, whereas most modern patterns have no shaping in the body until you come to work the armholes and necklines. It was an interesting book to look at and definitely a cause for much laughter – but there were one or two ideas that I may incorporate into a project someday – so notes have been made but not for swimwear!! 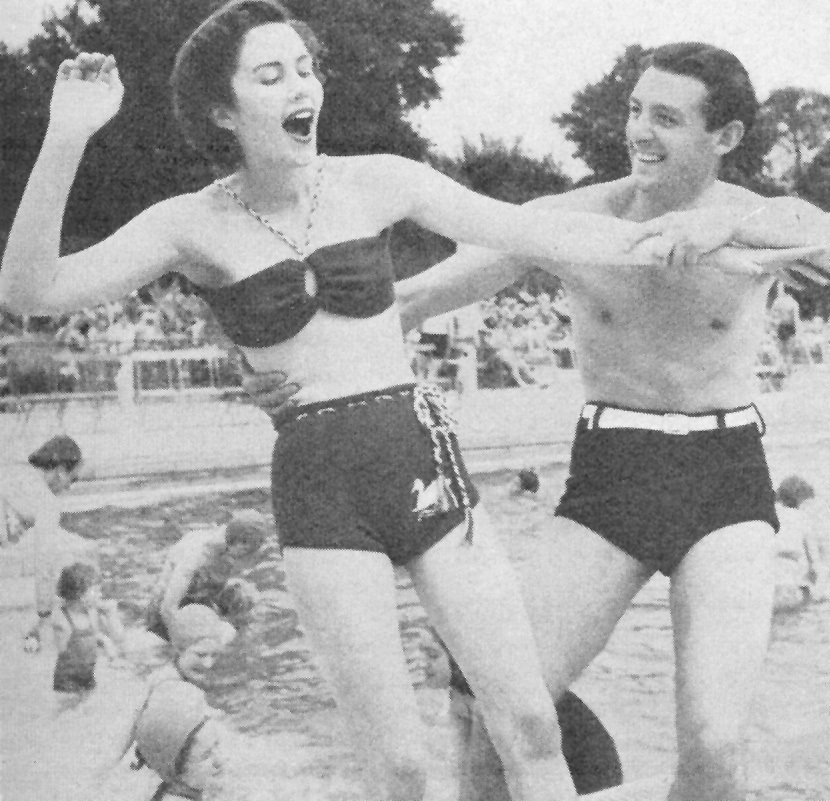 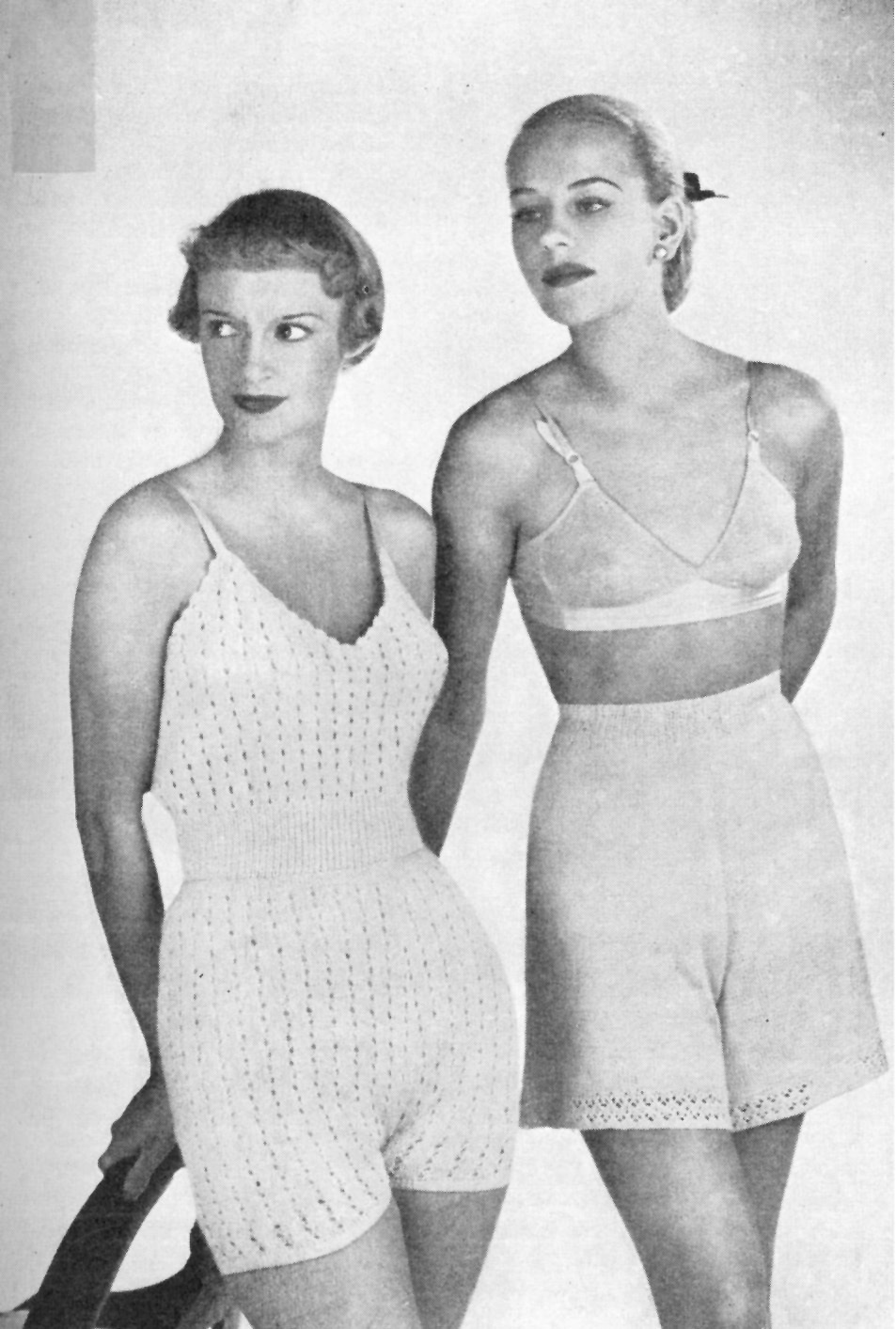